The Islamic finance world can seem complicated–there are several terms and concepts which you likely may not have heard before. One of those concepts is a shariah standard. If you have looked into halal investing (also sometimes referred to as shariah-compliant investing or Islamic investing), it’s probably something that you have come across. So what are these standards, and why are they so important? This article will break down what they are and go through the A-to-Z of shariah standards.

What is a shariah standard?

Back in the day, there weren’t stocks and shares as we know them today, so guidelines for how to invest in a stock market as a Muslim weren’t available. Modern-day scholars recognized that this was a problem as Muslims today would be at a disadvantage when it comes to building wealth without the tools to navigate public markets, which inevitably contain portions of interest and other non-Islamic activities. Utilizing Islamic finance principles, they came up with a set of criteria that allow Muslims to invest today.

As there isn’t one set of criteria explicitly written in the Qur’an or hadith, there are a variety of different shariah standards available. Each of them provides a framework that allows us to invest in line with Islamic finance principles.

Why do we need shariah standards?

Navigating the Islamic investing space can be a bit overwhelming when you’re not sure where to start or how to determine what you can and cannot invest in. This is exactly the reason why we need shariah standards - to simplify the process and make it easy for us to invest in line with our faith-based values.

It’s important to note that these shariah standards are only to be used as a starting point when it comes to your investing journey. The shariah compliance status of an investment can change over time, so we should always do our own research when it comes to deciding what to invest in. Another thing to consider is just because a stock is shariah-compliant, it doesn’t necessarily mean that it is a good investment.

There is no single, universally-recognized shariah standard in the world of halal investing. While they all generally follow the same underlying principles, they can vary in their level of strictness and interpretation. In this section, we will explore some of the more commonly-used shariah standards and their differences.

AAOIFI is a not-for-profit organization based in Bahrain. It was established in 1991 and specializes in promoting shariah standards for Islamic financial institutions, participants, and the overall industry. AAOIFI works exclusively in developing accounting, auditing, governance, and ethical standards aligned with the shariah. Its shariah board includes noteworthy scholars such as Mufti Taqi Usmani and Sheikh Abdulla Bin Sulaiman Al Manea. AAOIFI is also used by institutions from over 45 countries.

MSCI also utilizes a lower threshold (values in the table below) for new inclusions to its Islamic indexes to manage index turnover. The methodologies are reviewed and approved as shariah-compliant by an independent shariah advisory committee of Islamic scholars.

S&P Dow Jones Indices is a division of S&P Global Ratings, an American credit rating agency founded in 1860. They are most commonly known for the S&P 500 index, which tracks the performance of 500 large American companies. S&P launched its S&P Shariah Indices in 2007, designed to follow shariah guidelines. S&P has the largest number of shariah-compliant indices available.

The Shariah Advisory Council (SAC) of the Securities Commission Malaysia (SC) screens for shariah-compliant securities listed on Bursa Malaysia (the Malaysian stock exchange). Its screening methodology involves a two-tier approach to the quantitative assessment, consisting of a business activity screen and a financial ratio benchmark. It’s unique in that it is the only methodology that doesn’t follow the maximum 5 percent haram revenue threshold. Instead, it ranges between 5 and 25 percent, depending on the industry in which the company is in.

What are the key differences between them?

So you now know which shariah standards are available and know each of their respective backgrounds but what are the differences between them? We have put together a table comparing all seven methodologies.

As you can see, all but one of the standards have the same threshold of five percent for haram revenue. This means an allowance of up to five percent of revenue from haram sources such as interest or other non-Islamic activities.

Where did the 5% rule come from?

The 5% threshold isn’t completely straightforward and can differ from scholar to scholar, as we can see with the SAC standard. The idea behind it is that a trivial amount is forgiven. But then why 5% and not 3%? According to an explanation by Sheikh Joe Bradford, the ratio is related to segment reporting in accounting standards.

In further research by Sheikh Umer, he indicates that “For a segment of a business to be considered ‘material’ and thus be reported separately is defined by IFRS Standard number 8 (“Operating Segments”). The paper "Materiality Guidance of the Major Public Accounting Firms" states that out of the eight largest major public accounting firms, "six firms expect, suggest, or require the use of 5 percent of income before taxes while one firm allows 5-10 percent", and the eighth did not use a percentage at all. One firm's guidance stated "In our experience it appears the SEC Staff generally consider amounts over 5% of pre-tax income (loss) from continuing operations to be material."

Where did the one-third rule come from?

One consistency across the various methodologies is the reference to one-third as a very important ratio. The basis for the one-third threshold has been derived from the following hadith where Saad Bin Abi Waqas narrates:

From the above hadith, some scholars have derived the principle that one-third amount is “substantial” for anything in issuing a shariah ruling. This video by Sheikh Hacene Chebbani expands on this in more detail.

Looking at the table above, you can see that ‘one third’ is slightly different for each of the standards. Some have used 30%, some 33% and others 33.33%. The difference here is minimal and each represent one-third (30% being a safety net). Another thing to note is that four of the standards use total market capitalization as the denominator and the other three use total assets. As market capitalization is a number that fluctuates frequently, some of the standards have opted to use an average of the last 24 or 36 months to have a more representative figure.

Which shariah standard should you go with?

We've covered the various shariah standards and the differences between them. The big question now is, which one should you follow?

This isn’t a straightforward answer and can differ by person. Standards like AAOIFI are independent and were built to audit and assess ethical standards aligned with the shariah. In contrast, standards like the FTSE utilize an external shariah compliance auditor. Nonetheless, each of the standards mentioned in this article has been vetted by Islamic finance scholars and can be used to determine whether your investments are shariah-compliant or not.

So instead of telling you which standard(s) to use, here are the different options for how you can use them to inform your halal investing decisions.

Stick to one standard

After researching and looking through the different standards, you may prefer one particular standard over others and only pass your investments through this standard to determine its shariah compliance.

Use any standard that passes compliance

Use multiple standards together

Another approach would be to ensure the investment you are looking at passes all or multiple shariah standards. If an investment fails even one of the standards, you won’t invest in it if you choose to go this route.

Choosing to use multiple standards together does not necessarily make an investment any more shariah-compliant, as the shariah standards were not built with the intention to be used collectively. Instead, independently, they were intended to make sure an investment passes shariah compliance. You may use this approach if it gives you more peace of mind. However, there isn’t any evidence to support that it is a more religious approach.

Halal investing is a growing trend that is gaining popularity among Muslims around the world. There are various shariah standards that investors can use to ensure that they're investing in line with Islamic principles, all of which aim to promote the idea that your investments should be socially beneficial, adhere to ethical standards, minimize harm, and be financially sound.

In Islam, it is believed that individuals will be held accountable for how they manage their money, so it is important for investors to do their research and make wise investment choices. 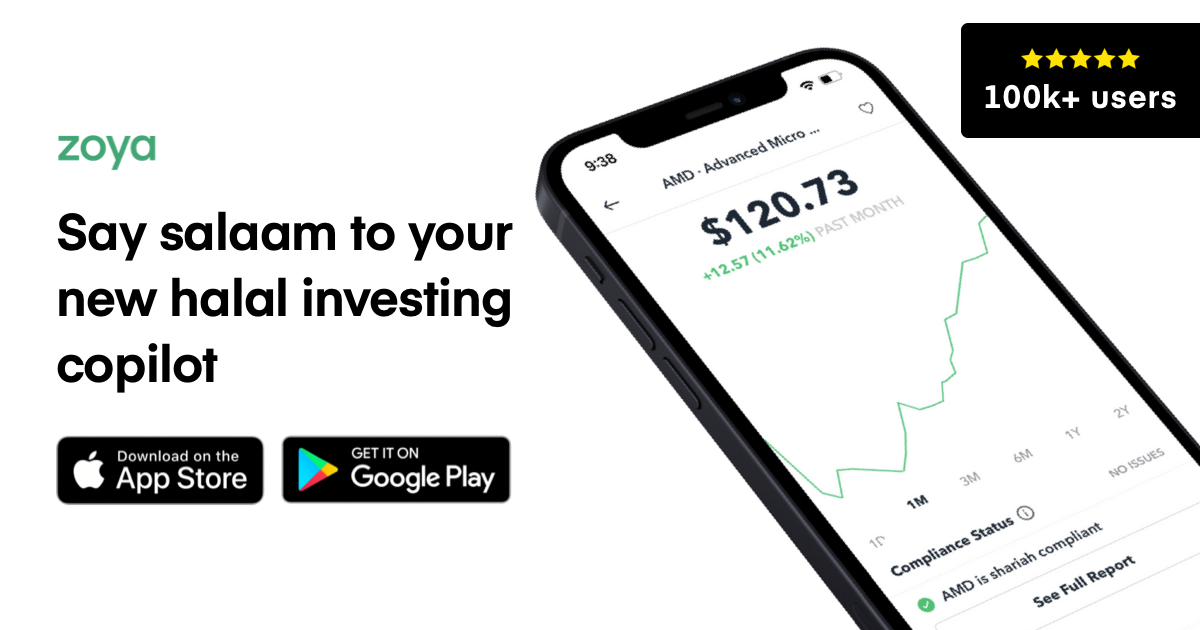 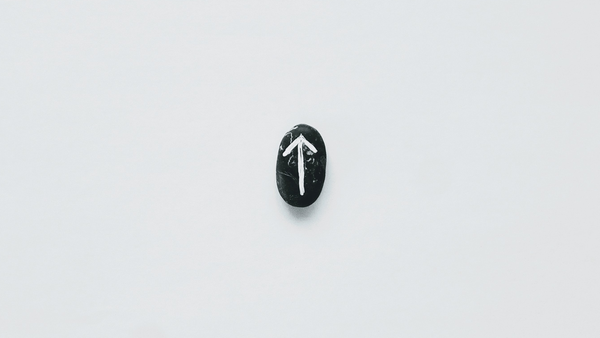 We have just entered 2023, and as with every new year that comes along, it’s a time for many to set New Year’s resolutions. These are typically goals such as exercising more, traveling more, or learning a new skill/hobby. It can be easy to set a bunch 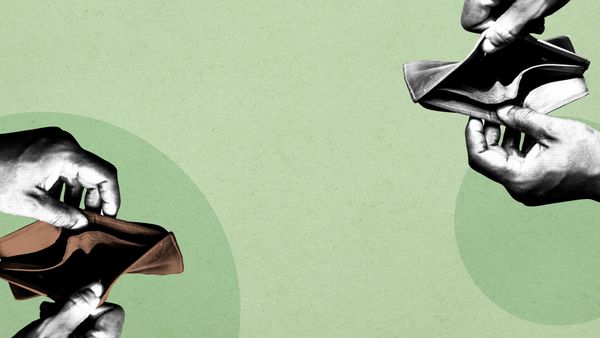 We live in an era of immense wealth and riches. We are among billionaires, skyscrapers, and every manner of convenience. However, despite the immense riches all around us, many people around the globe are living in abject poverty. Millions of people face starvation or don’t have access to proper 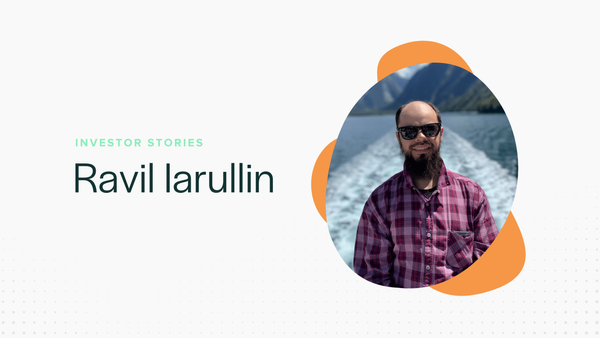 Tell us about yourself I am 27 years old and originally from Tatarstan. Three years ago, I moved with my family to Lincoln, New Zealand. Recently, I obtained my first job as an IT specialist. What's your money story? I'm from a middle-class family, so growing up, money was never